President Abdel Fattah El-Sisi of Egypt said that the relationship between Egypt and the UAE is the cornerstone of stability in the Middle East and the Arab region. He made this comment when he received Lt. General Hamad Mohammed Thani Al Rumaithi, Chief of Staff of the UAE Armed Forces, in the presence of General Mohamed Zaki, Commander-in-Chief of the Egyptian Armed Forces and the Minister of Defense and Military Production, and Mariam Khalifa Al Kaabi, UAE Ambassador to Egypt and Permanent Representative to the Arab League. 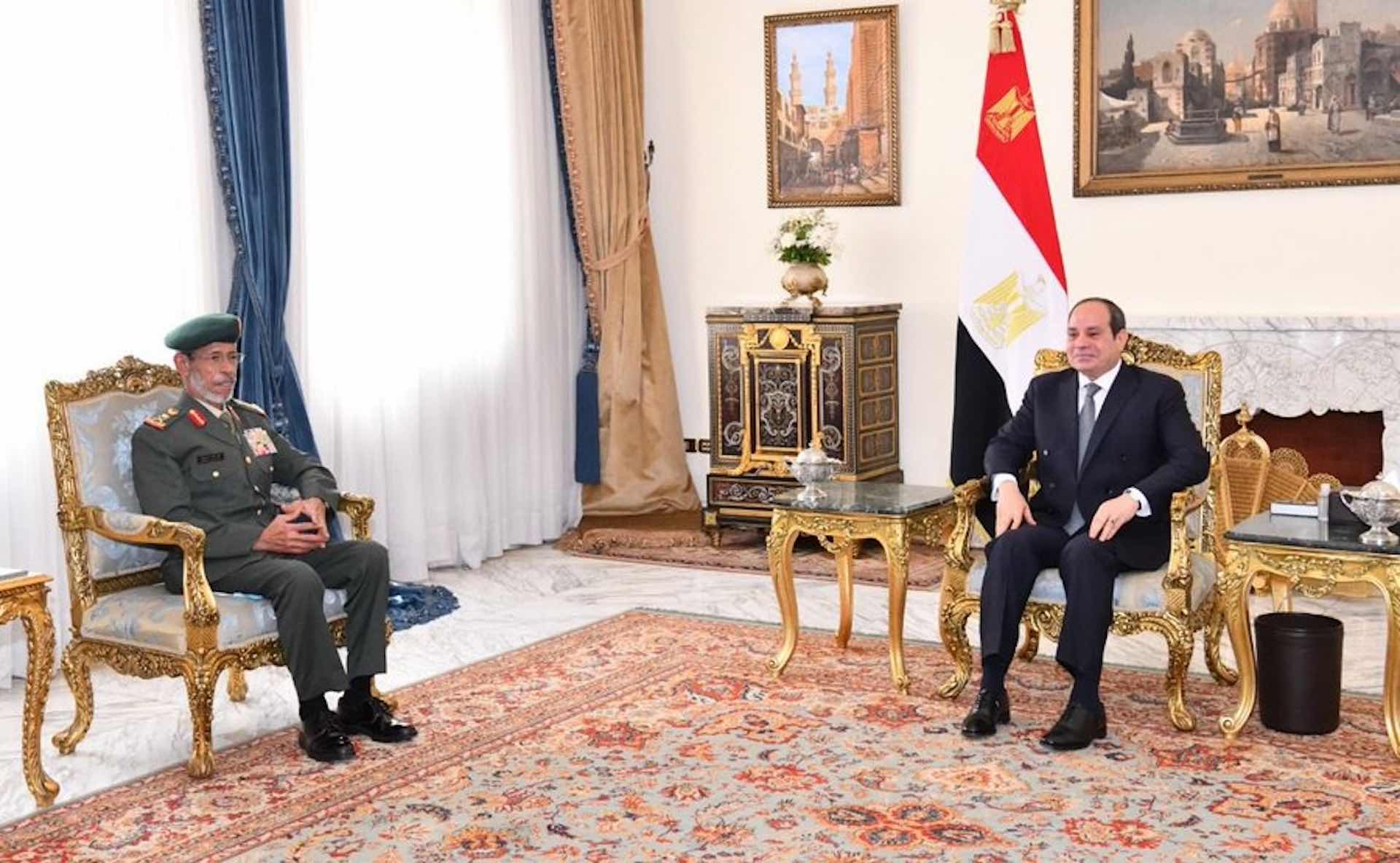 President El-Sisi conveyed his sincere greetings to President His Highness Sheikh Mohamed bin Zayed Al Nahyan, wishing the UAE continued development and prosperity. Lt. General Al Rumaithi stated that the UAE was keen to enhance its strategic cooperation in all areas, including exchanging technical expertise in the military, highlighting their deep ties. Following the meeting, the two sides agreed to continue strengthening their military and security coordination in line with their growing bilateral relationship.