Both days of Sri Lanka’s ongoing cricket test match against Australia, the country’s police and army have removed anti-government protesters from the fort ramparts overlooking the ground at Galle Cricket Stadium. Typically, the public is allowed to hold banners and placards as they watch the match from the fort. These are mostly related to cricket. 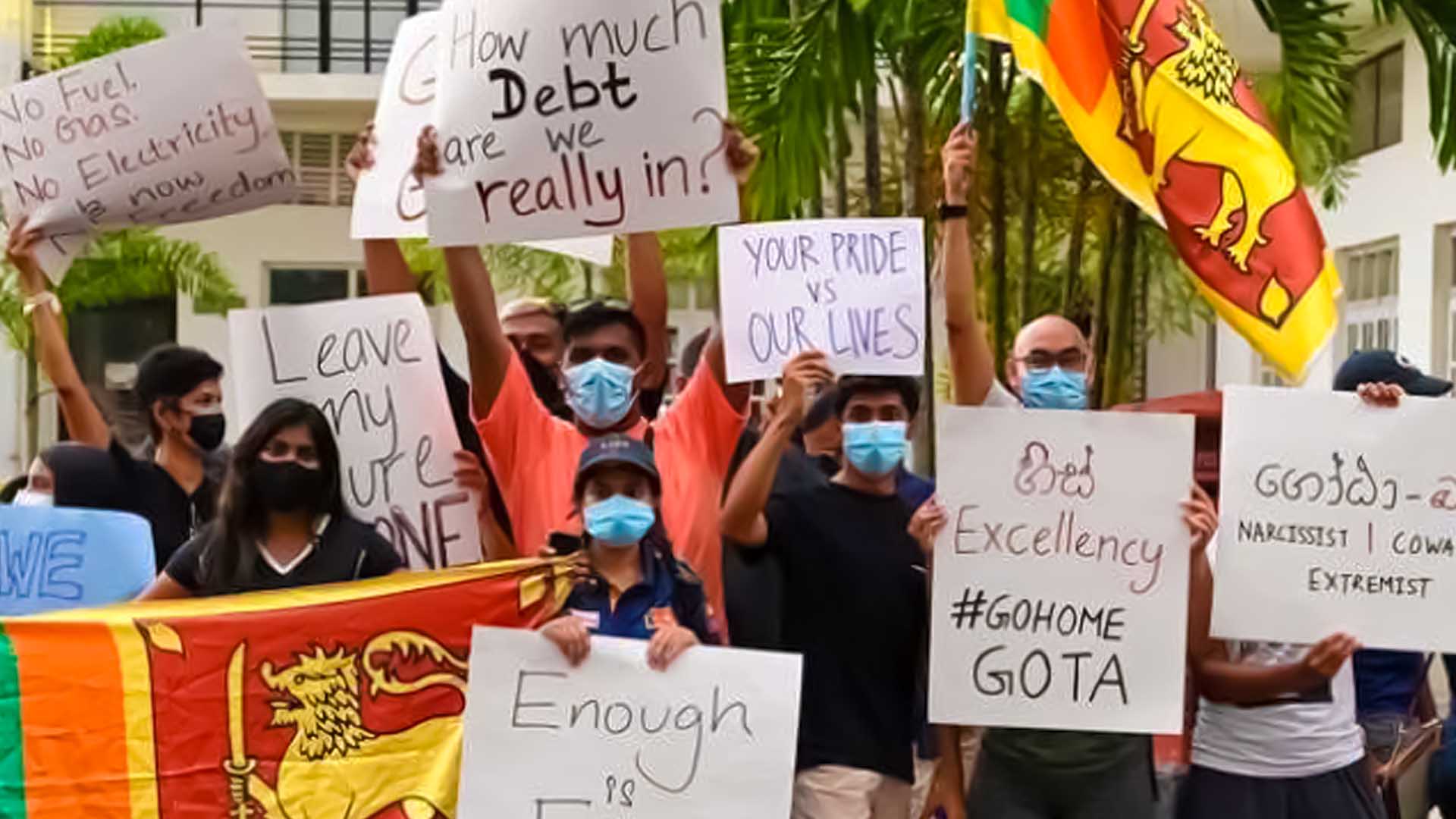 However, these protesters had held placards asking for the resignation of Sri Lanka’s president Gotabaya Rajapaksa, and have as a result been removed, even though the ramparts are public space. Among the authorities’ concerns had been that a protest overlooking the cricket would be caught on the official broadcast, or be reported on by the international media.

Sri Lanka Cricket (SLC) has asked broadcasters not to show images of protests. In Australia and abroad, however, some media outlets have reported the wider context in which this series is taking place. The Bar Association of Sri Lanka (BASL) told the police and army that there is no legal basis for removing the protesters.

In a letter to the Sri Lankan Army Commander and the Inspector General of Police, the BASL states that “it has been brought to our attention that the ramparts of the Galle Fort are public areas and hence there is no legal basis for dispersing protesters.” “We urge you again to respect people’s freedom of speech and expression, including their right to dissent. Suppressing the people’s right to protest and dissent is not the solution to the current situation in the country, where the people are suffering from fuel shortages and other essentials.”

There is a severe economic crisis in Sri Lanka, leaving the country without fuel, cooking gas, and essential medicines, as well as substantially increasing the cost of living. The result has been widespread protests throughout the country this year. The SLC has essentially banned protests within its grounds this series, prohibiting spectators from bringing anti-government placards and banners into its venues; however, posters thanking Australia for touring were allowed.

In the relaunch of Air India, Airbus to win 235 single-aisle…