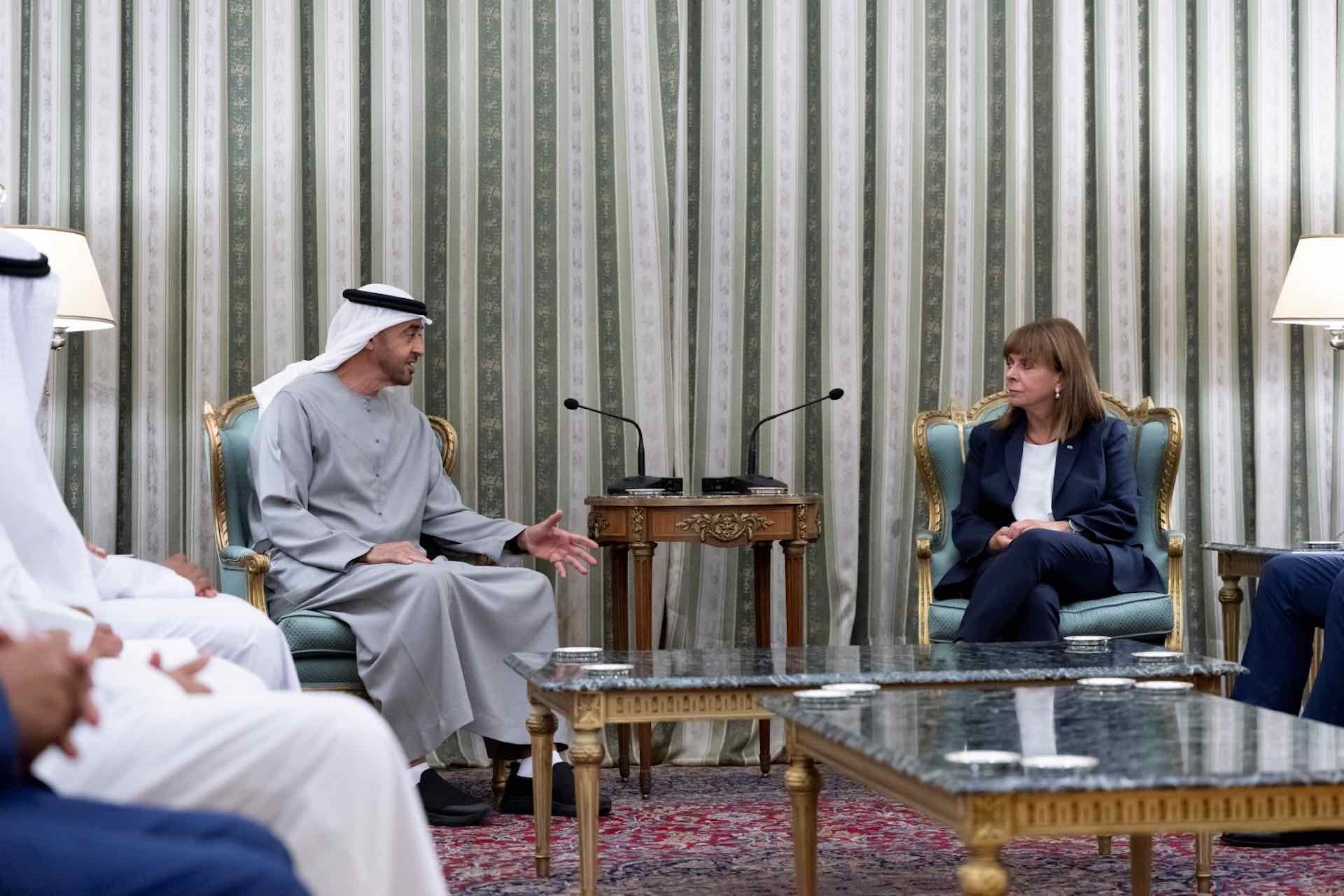 Sakellaropoulou said that Greece considers the UAE to be a strategic partner, adding that both countries are committed to peace, security, and prosperity in the region. According to the Greek president, the bilateral relations between the two countries have been strengthened over the past few years. Many more opportunities are available for further strengthening these relationships.

In addition to meeting the Greek President, Sheikh Mohamed toured Athens, a city rich in culture and civilization diversity, and wished the Greek people progress, success, and prosperity. Sheikh Mohamed also expressed his happiness over the ongoing development of relations between the two countries witnessed in the recent years, pointing out that despite the challenges of the COVID-19 pandemic, trade exchange between the two countries has increased by 17 percent. The two sides discussed ways to enhance friendship and cooperation between them. A number of issues of common concern were discussed, including regional and international developments.

One million deaths reported from COVID-19 worldwide in 2022 – WHO

DWTC will begin 2023 with an action-packed Q1 schedule

Microsoft in talks to invest $10 billion in ChatGPT